Cottage Row was originally going to be changed to Mornington Road but an error on the then new Ordnance Map was made so, following a Town Council Meeting on 1 June 1875 , it was reported in the Deal, Walmer and Sandwich Telegraph that

“Since the last meeting it has been discovered that Cottage-row has been described in the new Ordnance Map of the Government as Wellington Road, and as such the name will be retained instead of Mornington Road” 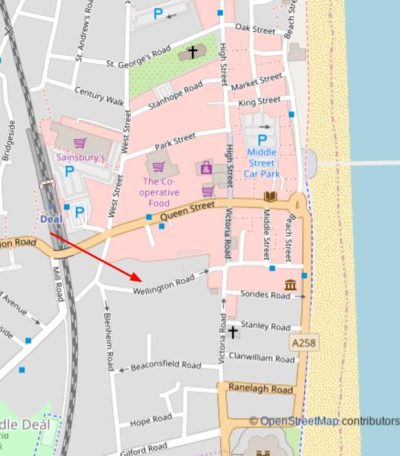