John Whormby, a Clerk to the Trinity Corporation at Deptford Strond, wrote in 1746, their general business was:

“to improve the art and science of mariners; to examine into the qualifications, and regulate the conduct of those who take upon them the charge of conducting ships; to preserve good order, and (when desired) to compose differences in marine affairs, and, in general, to consult the conservation, good estate, wholesome government, maintenance and increase of navigation and sea-faring men; and to relieve decayed seamen and their relatives” 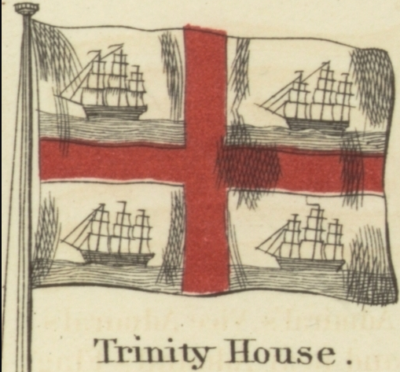 Local seamen had for centuries assisted ships to pass through the dangerous river and coastal regions of our country. In the fourteenth century, charters were granted to three ‘Trinity Houses’ with Younger Brethren and Elder Brethren ruled by a Master.

The ‘Guild of the Blessed Trinity of Newcastle upon Tyne’ was chartered in 1514 with responsibility for improving the Tyne as a navigable river and for the licensing of mariners and pilots.

Hull Trinity House was formally established in 1369 and is where the ‘Guild of the Holy Trinity’ was established. It received its charter in 1581 which gave them the right to regulate and license pilots.

Mariners based at Deptford Strond, concerned by the poor conduct of unqualified river pilots, were granted a charter in 1514 to regulate pilotage on the Thames. 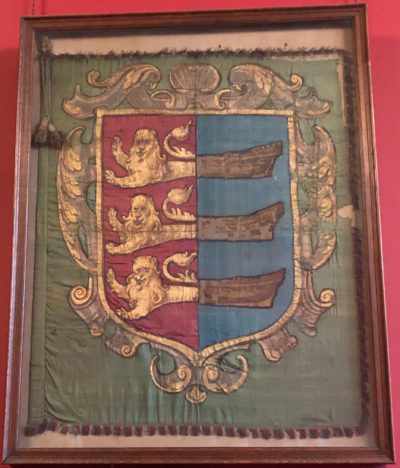 Flag of the Cinque Ports

The Fellowship of Cinque Port Pilots was officially founded in 1526 to regulate the activities of local seamen who had for centuries assisted ships to pass through the dangerous Straits of Dover up to and from the Thames and Medway Rivers. Cinque Port Pilots were administered and under the control of the Court of Lodesmanage which was administered by the Lord Warden of the Cinque Ports. The Jury of the Court of Lodemanage consisted of six Dover pilots, four Thanet pilots and two Deal pilots. They met in St. James’ Church, Dover.  From 1689 onwards William 111 allowed them to start electing four wardens from amongst themselves and so they began to govern and issue Cinque Port Pilots licences themselves.

To gain a Cinque Ports licence, pilots had to prove they were able to guide any ship through the Downs and the Goodwin Sands and also be able to navigate up to the Thames and Medway rivers and any of the other channel ports. Usually, they were required to have been a Master Mariner for at least seven years. Though after 1852 this was reduced to at least five years. These licenses included a description of the Pilot it was issued to.

The Lower Book for the last appointed- the juniors

Advancement to the Upper Book was only possible when a place was vacant and went to the senior member of the Lower Book.
After 1852, the classes were redefined as First Class and Second Class. Promotion to First Class came after an examination after one year.
Pilot’s were always self-employed and contributed to sick pay and a pension scheme and their widows unless they remarried received £12 per year.
Church services were, at one time, compulsory but as Pilotage could be required at any time, the pilots paid for their own galleries with a separate entrance so that they could come and go without disturbing the congregation. St. Leonard’s and St. George’s Churches both have Pilot’s Galleries. 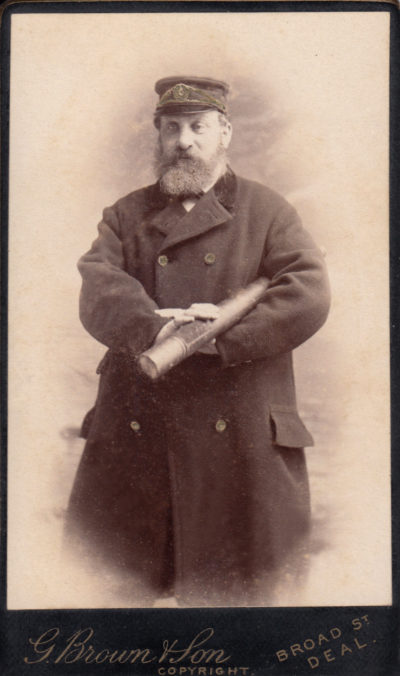 Originally they had lookouts on the shore to watch for signals from passing ships requiring piloting. They would then go out to the ships in their own vessels or they paid local boatmen to take them out. They carried flags that were then flown from the mast to indicate that a pilot was aboard. From 1852 a cruising system was introduced which meant that pilots in their cutters cruised the shipping lanes for customers with each pilot onboard taking turns. The next system to be introduced was where a Pilot Cutter, with pilots aboard, was anchored just off Dungeness with fourteen pilots on board. This meant that individuals could end up spending days at sea aboard the cutter while waiting for their turn. At other times they all could get jobs almost at once so another batch of pilots would have to be brought out to ‘replenish’ the cutter.
Those ships who missed the cutter could always signal for a pilot to come out to them from the shore stations at Dover, Deal and Thanet. This was to ensure that no ships could claim that they couldn’t secure the services of a pilot, which apparently, in order to avoid the pilotage fees, many tried to do. It was illegal not to have a pilot onboard in the English Channel and other areas so there were large fines for avoiding pilotage.

The Duke of Wellington who was Lord Warden took personal control of the pilots and resisted changes to their organisation. His death, in 1852, allowed the government to put The Cinque Port Pilots under the control of the Master and Brethren of Trinity House, Deptford Strond and the Court of Lodemanage was closed. Pilots, like James Richard Apps, then called themselves Trinity Cinque Port Pilots.