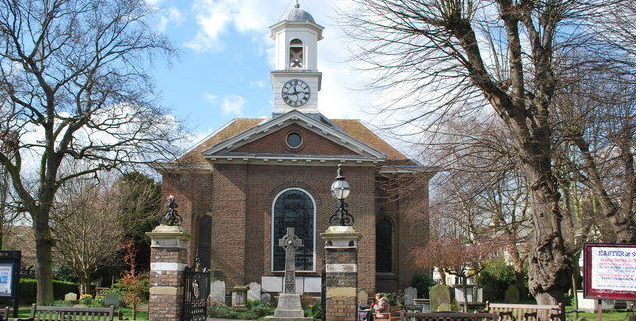 By 1706 it was agreed that another church for the rapidly growing town of Deal was needed. The parish church of St. Leonard’s was a mile away and visitors from the vessels in the Downs and the towns pilots, who needed to be available at all times, found this an inconvenience.

A year later, Samuel Simmons, a local builder laid the foundations. The Navy, whose seamen would benefit by this new church, also started a subscription fund.

But there still were financial difficulties and a tax on all the coal coming into the Port of Deal was eventually levied.

Image left showing the triple-decker pulpit in the model built by Major Beavan (see further below). Image right an example of what the St. George’s pulpit may have looked like.

For its first one hundred and fifty years the interior of the church remained unchanged, then in 1870, it was extensively altered. The high box pews were replaced by lower Victorian pews which were themselves completely removed in 2007. The high central, triple-decker pulpit, with separate desks for the parish clerk, the curate and the preacher, was moved to one side and replaced by a smaller one.  The main entrances on the North and South walls were bricked up and a new entrance was made on the West wall (below the Pilot’s Gallery).

A gallery was added in 1717 for the corporation and ever since the Mayor and the councillors have retained possession for their use. Those parishioners who couldn’t afford the annual pew rent went upstairs to the top Fishermen’s or Pilot’s Gallery.

Attending church services was compulsory and pilotage could be required at anytime so the pilots needed ease of entry and exit without disturbing the other worshippers so there was Pilot’s Gallery near the roof and approached by stairs and entered by an outer door. 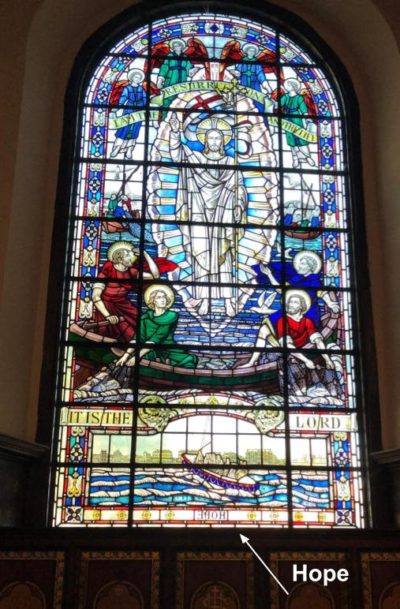 In October 1942 a bomb landed on the greengrocers opposite the church. The window depicting Faith, Hope and Charity that had been there since 1867 shattered. All that remained intact was a single piece that is now incorporated in the new window depicting Jesus appearing to his disciples on the Sea of Tiberias. Viewed from inside the church, in reverse, it reads Hope!

The registers of St. George’s are online with Baptisms and Burials being recorded from 1761 and Marriages from 1852

Known as the Chapel Field the existing entrance dates from 1852, when St. George’s became a separate parish.

The original entrance had a semi-circular recessed wall where once markets were held. Here too, stood the weighbridge in its own small ‘house’.

The tomb of Captain Edward Thornborough Parker, friend and officer of Lord Nelson, is also here.  He died in 1801 after being brought ashore wounded. Nelson described him as “my dear son and friend”.

Although currently not on display, the Town Hall has a wonderful model of St. George’s Church. The handwritten label says that it was made in 1828 & gifted to Mrs M. Pennington. This being Mary, nee Watts, the wife of Curate Montagu Pennington. The roof of the model, as shown below, can be removed to display the seating arrangement inside. 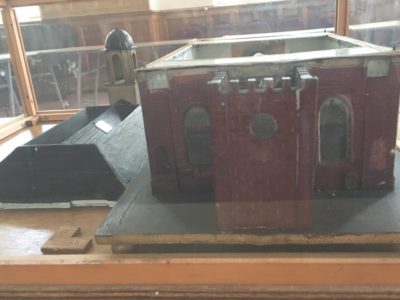 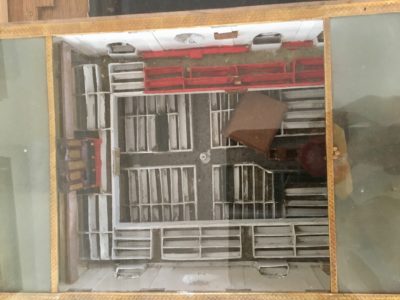 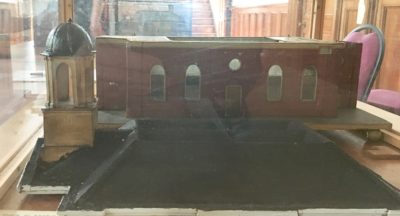 A weigh-bridge is a very large set of balance scales used for weighing large vehicles, including horse-drawn carts, lorries and railway wagons. Weighbridges first became popular in England in the 19th century as a method for turnpike trusts to charge road tolls based on the weight of the vehicle using the roads.

Were hired to guide shipping through the sometimes dangerous coastal routes.

A church built to accommodate those living at a distance from the parish church.