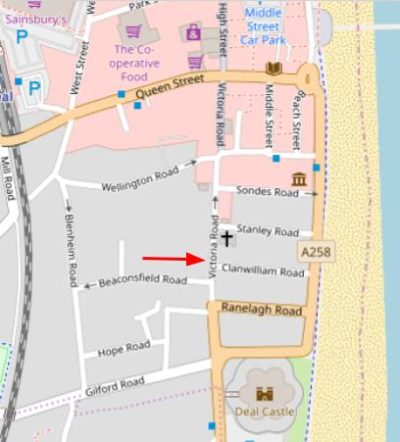 Prospect Place, known also as  Prospect Row and now Victoria Road was built from about 1782 on building plots that were leased on land, then known as The Brickfields, and owned by the  Archbishop of Canterbury. Some of these original houses can still be seen here today.

At one time the street bordered the Dockyard which was sold in 1864. The tall wall, built in 1780,  that enclosed the yard was demolished and houses were built where it once stood. Roads at right angles leading up to the beach were then laid out and built on. This area of Deal then became known as Victoria Town, a name that has also now fallen into disuse. 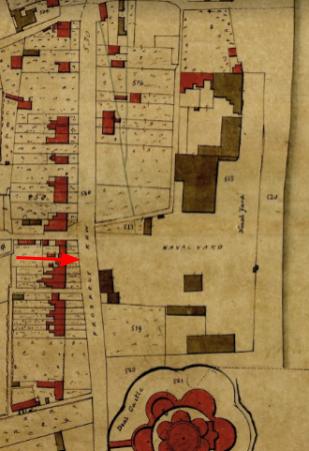 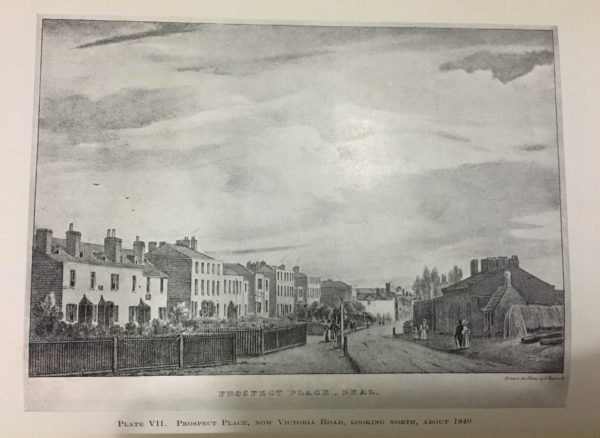