Laurence Stephen Lowry, forever known as the painter of, as the 1978 song says, “matchstalk men and matchstalk cats and dogs”, visited Deal in September 1912 when he sketched a beach scene which he simply called “Deal”. That sketch was used much later in 1947 to produce the painting called ‘The Beach’.  Since it’s purchase from, Lowry’s dealer Lefevre Gallery, the painting was held, for 70 years, in a private collection in South Africa. Then in June 2016 it returned to this country and was sold by auction at Christie’s in London for £1.5m.

A spokesman for Christie’s said:
“Lowry’s cast of holidaymakers appear more determined to enjoy the possibilities of a sunny day… they push babies in prams or walk with dogs, and the girls wear summer dresses and the boys ride bicycles”. 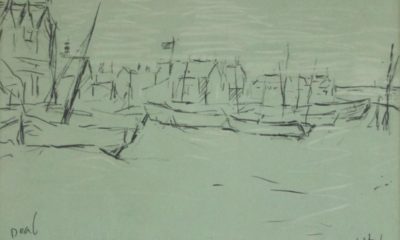 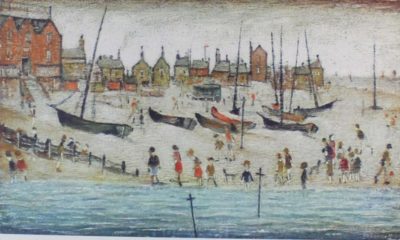