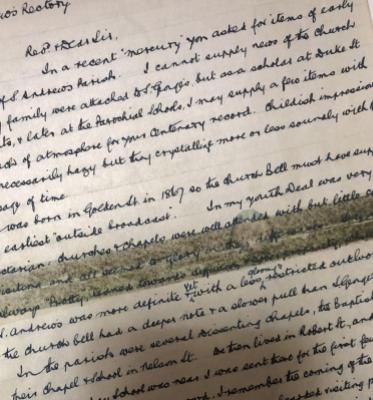 We found, in the archive of Deal Museum, a handwritten letter dated August 1949. Addressed to The Rev, V. D. W. Hyde at St. Andrew’s Rectory, in Deal it was written in response to a request placed, by Reverend Hyde, in the Deal Mercury asking for “…early news of St. Andrew’s Parish…”

The writer was one George William Norris, though then residing in Chislehurst,  was born in Golden Street, Deal in 1867. He starts by telling  Reverend Hyde that he can’t “…supply news of the church as my family were attached to St. George’s… but I may supply a few items with a touch of atmosphere …”

The church bell, he says, must have been the “…earliest outside broadcast…” that he ever heard and goes on to describe how St. Andrew’s Church bell had a “…deeper and slower pull than St. George’s…”

The Deal of his youth, he says, was very sectarian and the churches and chapels were all well attended. He then details what he remembered about the various churches of the town.

The Church of the Immaculate Conception and St. Benedict, later the British School, Duke Street

This was not  the Saint Thomas of Canterbury, on Blenheim Road though as, until the 1840s, the Catholics of Deal did not have a church to worship in and even had to rely upon the occasional visiting priest. Then in 1842 a disused mission hall in Duke Street was reopened to become the ‘Chapel of the Immaculate Conception’ and used for the celebration of Mass. 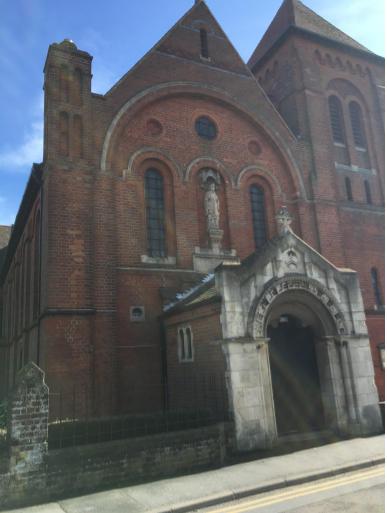 It was not, however, until 1867 that Deal had a permanent resident priest;  this was Father Richard Power, who was also Chaplain to Deal garrison.  He was succeeded in 1869 by Father James Scratton whose arrival George remembers. Father Scratton then worked hard, over the next sixteen years,  to raise the funds to build the Church on Blenheim Road which was officially opened a year later on 29th December 1885. Sadly though he did not see his vision fulfilled as, Father James Scratton, died in 1884. 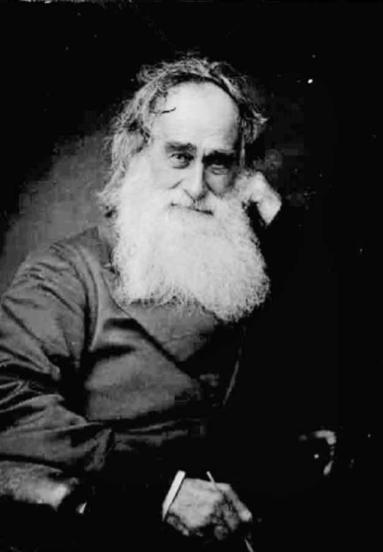 Reverend Nathaniel Dobson, the Baptist Minister came to Deal in the mid 1870s and George remembers his arrival too. He also remembers the visit by Dr. Robert Moffat the Scottish pioneer missionary at around the same time.

Dr. Moffat  in 1817 travelled to South Africa where he  opened up mission stations in the interior, translated the Bible into the language of the Bechuanas, and wrote two missionary books on South Africa. It was his oldest daughter, Mary, who married David Livingstone, a fellow missionary. It was he who  H M Stanley greeted with the now famous words “Dr Livingstone, I presume?” when they met in a village on the bank of Lake Tanganyika.

By 1870 his health was failing him which led to him returning home. Here he devoted his time to ceaselessly giving talks where contributions toward the missions were taken.

George and his family were living in nearby Robert Street when he started school. Though not a Baptist he attended the Baptist Chapel School in nearby Nelson Street.  The teachers here he remembers as being  “…a good crowd…” 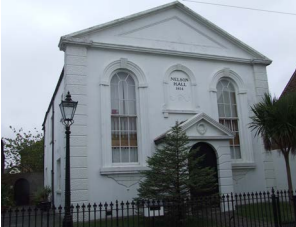 In 1872, when he was five,  George started at St. Andrew’s Infants School in Duke Street. The three teachers that he remembers from those days were  Misses Miller, Cottle and Rowe. Miss Cecilia Miller later married Henry Lamplough of “…Pyretic Saline fame…”Pyretic Saline was still being advertised in 1924 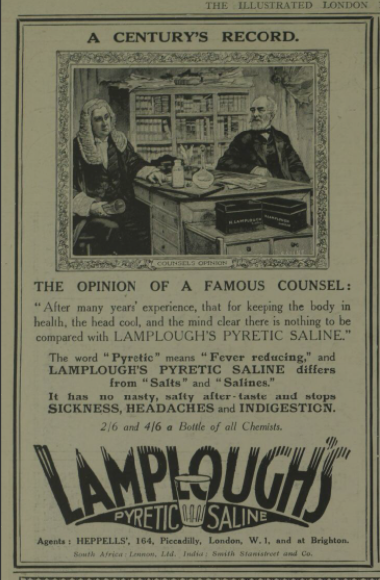 Miss Emma Cottle was just 16 when George started at the school, so then a pupil teacher, by 1881 she was teaching in Margate then in 1889 she married a fellow teacher William Neville Andrew in St. Brides, London.

The Miss Rowe he mentions could be Miss Helen L Rowe who in 1871 was, according to the 1871 census a ‘scholar’. Tracing her through census records tells us she later became a governess.

George says that the “…Religious teaching was on the Prayer Book lines, the Creed, Decalogue, Lord’s Prayer, Scripture…”    Hymns were accompanied by an old Harmonium He remembers at one end of the school was a disused gallery and at the other end an “… ornamental iron support…” that held the walls together. The school , he says, was often visited by Rev. Woolmer and Mr. Tavenor the Curate who “…amplified the church teaching…”

This school had no playground for the children so they were taken to the churchyard on fine summer days where they “…picked daisies and made chains under the trees…”  He says he remembers well ”…the rapture of singing “Now the Day is Over” with fist full of daisies  & flushed faces , at 4 o’clock dismissal…”

Two other people from George’s infant school days were John J Savage and Abram Hare. John J Savage was a Plumber who lived in The Infant School House in Duke Street. His son, another John J, was in 1871, a pupil teacher. He was followed into the teaching profession by his brothers,  Frederick and Edward.

It was the senior John J Savage with Abram Hare, a  gardener and later Florist, that George remembers seeing a lot of possibly because  they were “…good Conservative pals of my father’s…”  Both worked for the parish and “Old Abram” who George describes as being “…a devoted St. Andrew’s man for many years…” who ultimately became a Churchwarden. ‘Old Abram’ died in 1922 and was buried in his beloved St. Andrews Churchyard.

In 1949 George still had the paint box given to him by John J Savage though he doesn’t say which one!

In 1870 the Elementary Education Act 1870 was passed. This  set the framework for schooling of all children between the ages of 5 and 12 in England and Wales. This included ‘Standards’ of education that children should be able to achieve by a certain age group.  Standard 1 was for children aged 5 to 7. 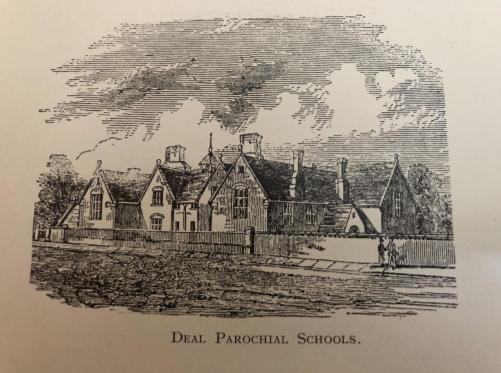 Pupil teachers at this time were often recruited from the brighter pupils, some who were as  young as thirteen years old.

Mr Howitt was also the choirmaster of St. Andrew’s and, apparently he recruited most of the boys from the school to sing in the choir which then practiced on a Friday from 4pm until 5pm. Although George doesn’t say if he was one of these ‘recruits’ he does remember being “…kept in for fault and the teaching of plainsong as a background to our impositions…”

1887 was Queen Victoria’s Golden Jubilee year and to celebrate this St. George’s choir, who George had by then joined, and the choir of St. Andrew’s together put on a festival of song. He remembers singing Kents Anthem “Blessed be Thou”. George was to look back upon his choral  experience many years later when he joined in the June Plainsong Festivals at St. Paul’s Cathedral.

George’s ‘memories’ then turned to the Maritime where he says that the North End had plenty of Boatmen “…all with a query in his eye when spotting a stranger…” The beach from North Street to the end of the then houses was full of boats, Lugger, Cat-boats, Galley -punts, Foresail and Mizen- punts all closely packed together. Likewise the open beach from North Street to the Fox Inn at the top of Griffin Street. Capstans and winches were aplenty and the Capstan bars for heaving up the large luggers, when in operation reached well across the road and vehicles, he said, had to hold up for “…vast ‘eavin…”

Coastguards he remembers with their telescopes were “…always on duty to rummage boats as they landed for contraband…”. These boats were built locally in two of the larger boatbuilders’ shops.

George’s father was the coxswain of  the ‘Mission to Seamen  Boat’. George remembers being taken to the Buttress’ Boatbuilders yard at the top of St. Andrew’s Church to see the repainting and repair of the boat. He describes the boatbuilders shop as being timber built with a roof of old weathered tiles “…probably 200 or more years old…”. The other boat builder he remembers was the ‘North Star’ owned by ‘Jimmy Nichols’. Haywards yard by then was in Middle Street  and then there was Finnis’ the sailmakers.  Ropes, Lines, and Twine were made on the Ropewalk beyond the North end of Middle Street, now known as Sandown Road,  was sold by Pritchard  from his shop on the corner of High and New Street.

Some of the streets he remembers as being paved with large flints and that New Street had a surface drain with a gully running down the middle.

Deal until the 1790s was not paved at all. In 1791 an Act of Parliament was passed to ‘For paving, repairing, cleansing, lighting, the highways and lanes within the town and for removing encroachments and obstructions.’ from then onwards, the Pavement Commissioners, then the Borough Council gradually brought about the paving and lighting of  Deal’s streets and thoroughfares.

George’s father, like most of his Norris ancestors, was a boatman. Some too were Pilots who he describes as taking ships “…to the Norrad, Tembury and the Baltic and sailed away for weeks in the luggers… to meet vessels…” George did feel though that these Pilots were a step above the “…chaps that went ‘spratting’ in the ‘fores’lan’mizzens’…”

Smuggling also gets a mention which he says was still alive and how people instinctively “…heard or said nothing..”  and how they never sat in a lighted room without drawing the blinds. This is borne out by the Newspaper reports of court cases well into the 1890s involving both the men and women of the town who either brought in smuggled goods or aided in their distribution.

A little about George W Norris

George, as we have said, was born in 1867 and was baptised in St. George’s Church on 24 November. His father George Fuller Norris had married Sarah Piddock, his second wife, the previous year.

Our George was to follow the family tradition in making his living from the sea. Though not as a boatman, mariner or pilot but as a member of H. M. Customs. By 1891 he was living and working in Gravesend as a Customs Boatman. In 1896 he married Emily Elizabeth Birks in London, and the couple had one son, John, in 1900. By 1901 they had moved back to the Gravesend area where sadly Elizabeth died in 1916. George then married Edith Delf the following year. Whether George and Edith continued to live in the Gravesend area or not we don’t know but by 1939 they had retired to Sandwich. At some point after the war George and Edith moved again. This time they moved inland to Elmbridge, Chislehurst. It was from here that he wrote to Rev. Hyde in 1949. George died a year later on the 23 March 1950. 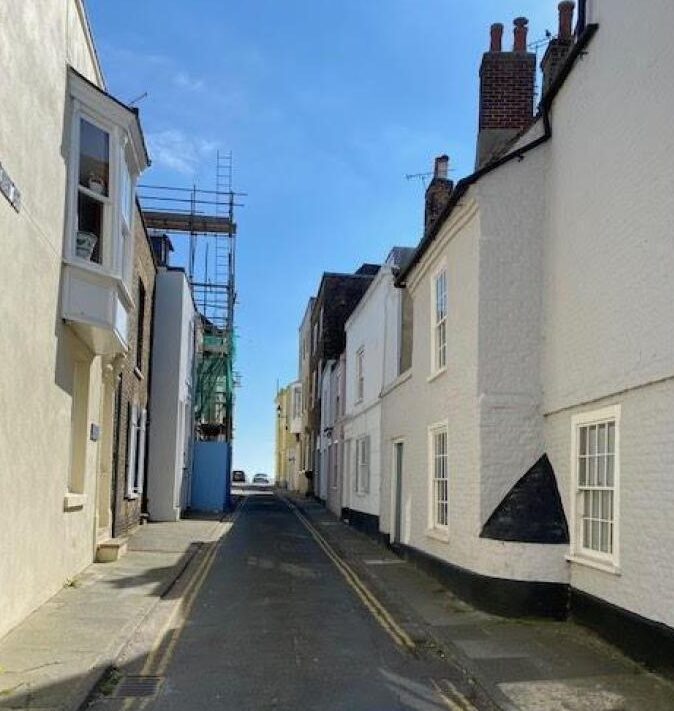 While looking for background information to add to George’s ‘memories’ we came across someone else’s memory, on an online forum, about a smuggler’s passage in their grandparents house in Golden Street. The passageway, they say, came up through the wall and between two houses and exited into the front bedroom of one of them. The writer says, “that you can tell this was a great possibility as the downstairs room dimensions were smaller than upstairs, the houses circular stairway was built into the thickness of the wall, and the door at the bottom was flush to the wall to the front of the house, the wall upstairs was flush to the back of the stairwell, this would have meant that the party wall between properties was some 4 foot thick – plenty of room for a secret passageway”.

As we said at the beginning Golden Street is where George was born and several of his  Norris ancestors had also lived in this street that walks up to the sea front. It wouldn’t be too much to imagine that it was one of the Norris family houses that had this hidden smugglers passage!!